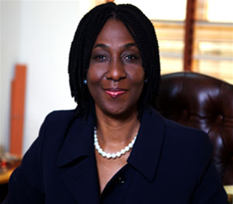 Olusola Momoh is a Co-Founder and Vice-Chairman of Channels Television. She is responsible for the formulation of performance enhancing policies focusing on financial management and has strategic oversight of the company’s corporate development.

Olusola Momoh has a unique style of management, which, coupled with her strong commitment to excellence and growth, will continue to augment and enhance Channels Television’s corporate expansion drive whilst ensuring an efficient performance regime.

Olusola Momoh’s strong commitment to the vision of her husband, Channels TV’s Chairman and CEO, has created a solid operational balance and veritable strategic latitude, which in turn, is ensuring in an effective commercial roadmap for growth.

She was offered a directorship position at the Convention on Business Integrity (CBI), a non-governmental agency that entrenches transparency and due process. In essence, Olusola’s management discipline does underpin the integrity of the Channels TV brand. To her credit, not only is she a seasoned broadcaster with over 30 years of experience in Television Journalism. Olusola Momoh has also cultivated a penchant for maintaining the highest levels of ethical and professional standards both on-air and off-air.

Prior to starting Channels Television, Sola was at different times Reporter, News Caster and Producer with the Nigerian Television Authority (NTA), between 1979 and 1987.

At NTA, she produced several reports on the oil spillage in the Niger-Delta communities, which prompted the Federal Government to pay compensation to some of the victims in the restive region.

After NTA, Olusola worked with the International Merchant Bank (IMB) for seven years. There, she established and headed the Corporate Affairs department of the Bank. She later served in other departments within IMB, including Treasury and Credit.

She is a graduate of the University of Lagos with a B.Sc. degree in Mass Communication specializing in Print Journalism. She is also a Diploma awardee in Broadcast Journalism from the same institution.
An excellent home engineer, Olusola Momoh loves travelling and reading. She is a member of the Friendship Bible Fellowship.

She is happily married to John and they are blessed with three children. 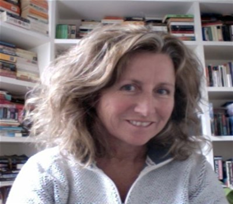